Got stuck into some patterns on single hooks today. I'm just using Kamasan B175 hooks for these singles, they are hard to fault as they are sharp and strong, they might not look the prettiest hook out there though! 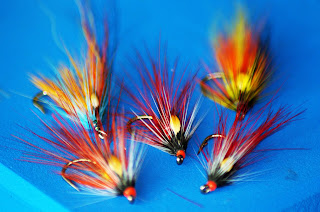 I picked up a GP dyed red so I have used that for the Curry's red. Its a lovely subtle fly.
Posted by Switchboy at 11:49 No comments:

I requested a smaller size for my Simms G4Z's which I ordered before Christmas. Ended up getting the new 2013 G4Z's for a very reasonable price from Reelflyrod. Free shipping from those guys too aswell as great customer service so I would highly recommend them. Here is a quick review and as they say, a picture paints a thousand words, so here a small novel then! 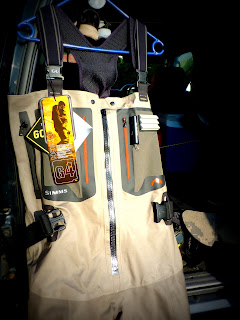 Not much to complain about with these really, I mean where can you go wrong with them? I have not even used a pair yet so maybe I am building it up too much but looking forward to the season ahead. I have had the old G4Z's and the current 2013 model so I can go through the differences. Firstly the 5-layer section around the legs feels lighter in comparison to the older model. Simms do say the 2013's have something like 25% more breath-ability  I just hope they have not cut back too much as I really wanted something robust which would stand up to some punishment. We'll see how it goes anyway. 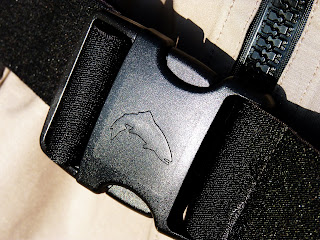 The new belt is a bit lighter and thinner in thickness and material but still looks up to the job. Maybe the older belt was cumbersome for attaching equipment etc? 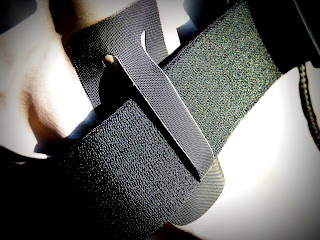 The loops for the belt are lighter also and fixed in position compared to the velcro holders from the older model. 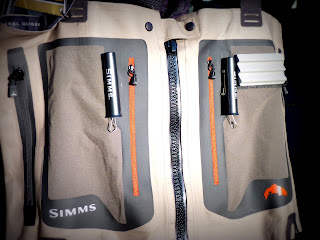 Two retractors on the newer model and the pockets are slightly larger, the zip is also extended down a bit more so its easier to, you know, strain the spuds, etc. 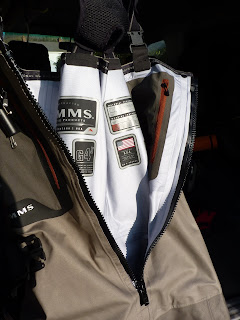 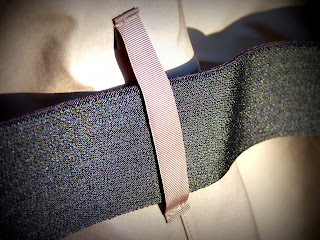 Belt loop at the back of the waders. Not the strongest looking bit of design though but I suppose it has not got too much to do? 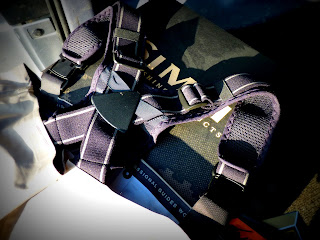 Shoulder straps are well padded and have the same system as the older G4Z's. 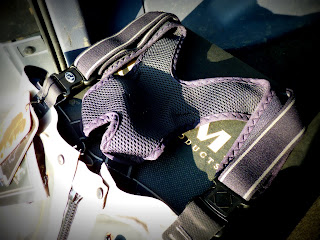 Shoulder strap buckles join up and keep out of the way when not connected to front buckles. Useful in some ways I suppose. 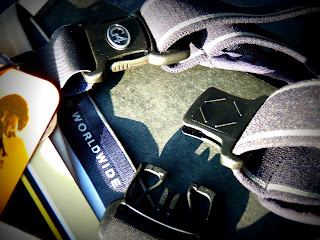 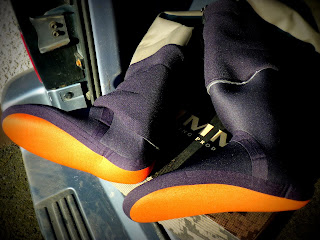 Neoprene socks are, well they are orange on the bottom? Nice and thick with good long gravel guards which give a great seal around your wading boot protecting those all important orange socks!!!

Overall these waders feel slightly lighter and not just as robust as the older model. In some ways that is not what I am looking for from these waders but I have not field tested them yet so they may end up being just as hardy.

I hope the brief review and photos are of some use to anyone thinking of the new G4Z's. Did I mention the really cool Simms box they came in? I really like the new military Simms look! One more note, I would have liked some included bag, pouch for storing the waders, for the best brand out there at the highest price range I think something like this for protecting your waders should come as standard.
Posted by Switchboy at 16:10 No comments: 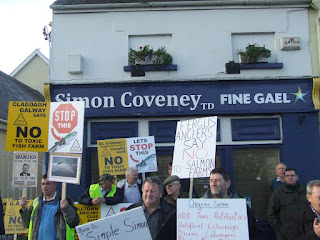 I just wanted to  bring attention to the protest taking place on the 2nd of March in Eyre square, Galway City at 12 noon. The protest is against the proposed building of fish farms that will cover 456 hectares over 2 sites in Galway Bay. Given the previous and current impact of these farms on marine species I think it is up to everyone who has a concern with Ireland's wildlife to make themselves seen and heard at the demonstration. Although I am on the east coast of the country I feel these farms could have an effect on our migratory fish and it is a chance I am not willing to take. I would urge anyone with an interest in our Irish environment and native species to attend the meeting and show the powers that be that the proposal is unacceptable and that it will impact tourism and fish stocks in and around our Island.

Also here is a picture of my latest flies, a softhackle Cascade, Park shrimp, Calvin shrimp, Kinermony Killer and a Frances Fly tied with brown fox and hen hackle. 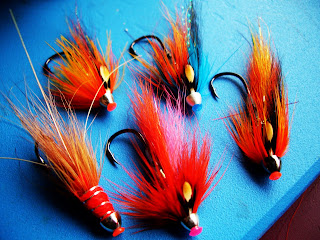 Here is a peach of an article on the switch rod and how you can use it to the best of its ability!